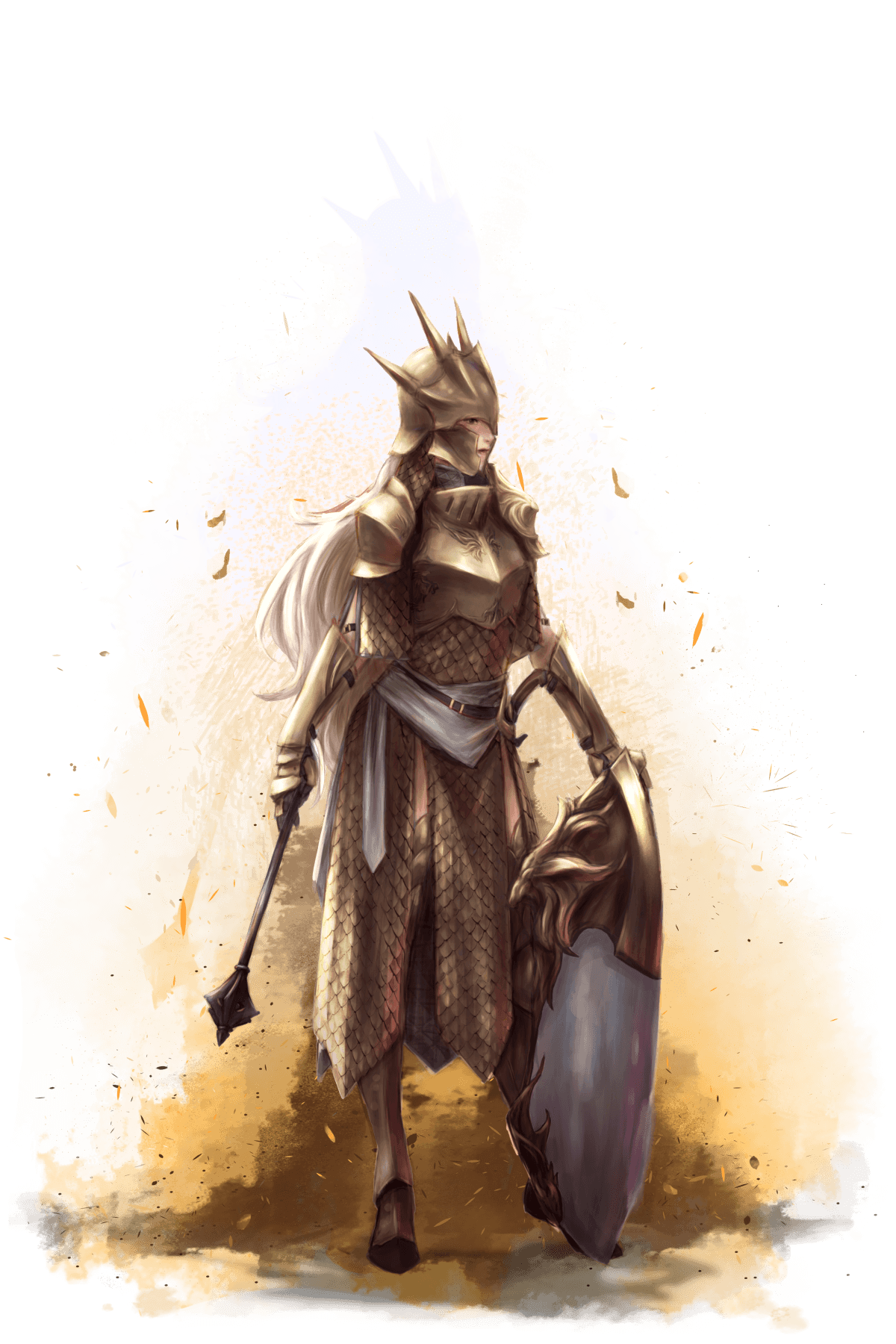 There are Rin born with a severed connection to mana. They are resistant to its flows, mostly impervious to its touch and shielded from any harm. In the olden times, they were feared and considered as tainted and unnatural. But when the Age of Dusk began, profanity’s grasp could not befall them. Because of this, they instead became understood as the ‘Chosen of Hyperia’ and are revered as “the Shield of Helrin”.

They serve as an indispensable line of defense of the capital city and its Citadel, the hearth of Helrin civilization. They are a rare find, hence one can only hope to have one close by when under attack.

Well-armed, almost impervious to magic, and rigorously trained in the ways of combat, they are sometimes assigned to expeditions or to individuals of pivotal importance.

Helian League Units
All Units
We use cookies on our website to give you the most relevant experience by remembering your preferences and repeat visits. By clicking “Accept All”, you consent to the use of ALL the cookies. However, you may visit "Cookie Settings" to provide a controlled consent.
Cookie SettingsAccept All
Manage consent