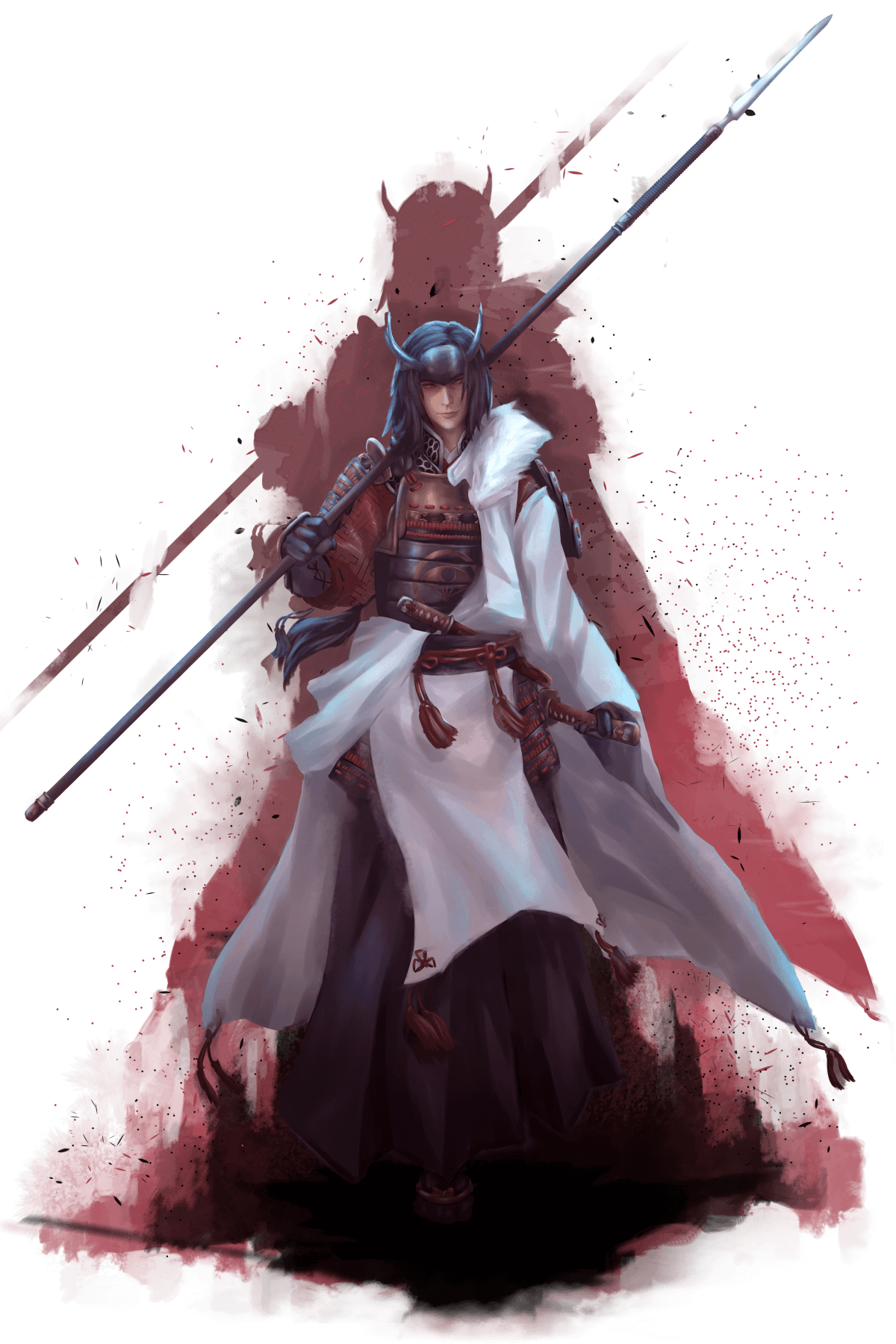 In the Empire, there are 5 great clans and dozens of major clans, each with hundreds of subordinate clans.
Customarily, every great and major clan bestows the title of a champion to one of its finest and brightest fighting men; some earn legendary renown and become the subject of many a song.

The champions embody the principles and martial traditions of their respective clan. Deemed as capable and resourceful individuals, bearing a certain degree of significance and repute throughout the empire, they are often tasked as emissaries and agents, sent on sensitive diplomatic or otherwise important expeditions.

“I will see to your ambitions.”