Eldfall Chronicles is a fantasy and RPG-inspired tabletop skirmish game with unique and collectible miniatures that immerses the players in a world where battle is commonplace.
You will face both conflict and ancient terror, against which you must depend on your own skill and cunning to prevail. Alternatively, you can join forces with trusted allies and face the battles together! Players can enjoy two styles of play, either pitting their skill and tactics against each other or teaming up against the game itself.

Gather your champions, clash with your opponents, tame terrible beasts, and survive to tell the tale! Choose a faction to lead into battle from the following selection:

The Helian League,
The Coalition of Thenion,
The Empire of Soga,
The Sand Kingdoms.

Each faction has a unique play style and aesthetic which will influence your strategies and tactics as you play the game.
In time the factions will be expanded and new ones will be added!

Immerse yourself into the engaging world of Calad. Forge your own fate, create your own story or simply learn more about the setting through various media.

Read more about the gameplay below.

Playing one game (when familiar with the

rules and played in a cheery atmosphere)

takes about 60 minutes on average.

The game has two main ways of play.
– The first one is against the other opposing player 1v1 .
– The second one is playing against creatures (the creatures can be operated by the game itself (an “AI system”) or manually by a player). In this mode, your party can compete against an opposing party. Or, if the threat is too great, you can also ally yourself with another party and play cooperatively against the creatures.
– The game can also be played in 2v2 mode as well. Asymmetrical play is also possible (2v1, 3v1, single-player..)

Disclaimer: the game has been play-tested intensively, but the advanced modes of play are less explored. We hope that by building a community, we can tackle any unexposed problems with the game.

Watch the game played and join in! 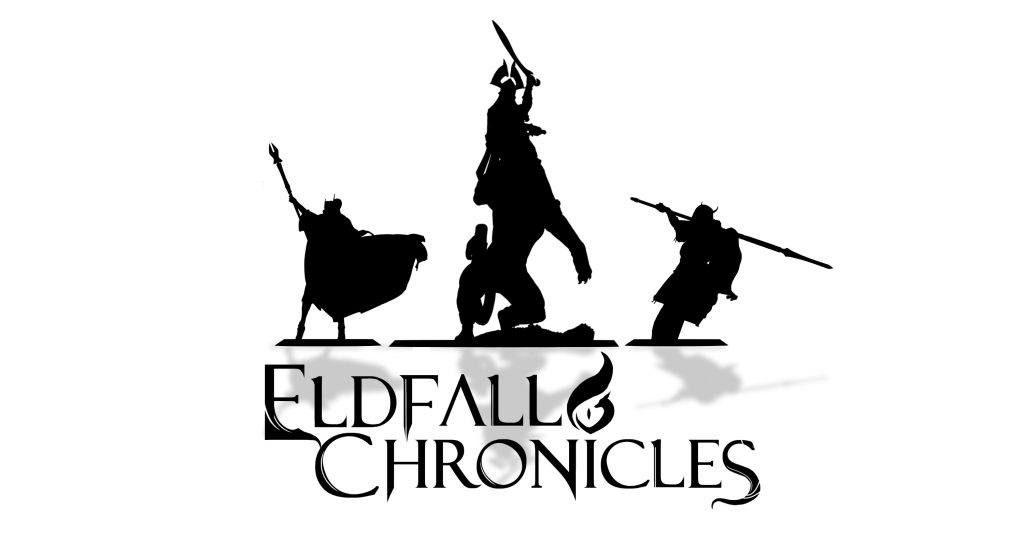 The Rulebook is being constantly updated. Below you can find the most current version. Other files are available in our BETA testing discord server.

How would we summarize the game?

The game presents you with 4 factions to choose from. Each one is distinct not only in lore and appearances but also in gameplay. They rely on different general strategies and favor a certain approach to win against other factions or creatures.

After you choose a faction, you then make your party, which you can tailor to your liking and preferred style of play. Every faction has a range of “models”: individuals, adventurers that represent roles or professions in the world.

However, as a commander, you have a limited number of resources and thus, can only “hire” a certain number of these individuals. In the world of Calad, there is presently no open war, yet, conflicts and turmoil are at large. The world is in need of capable commanders such as yourself, who will attain greatness and glory.

To achieve this, you will lead smaller, well-trained groups of braves on daring adventures and clandestine quests. The smaller number of adventurers you command does not make the situation any less intense; on the contrary. Each of the models in a party is different: every one of them can be considered as an individual, who has multiple skills, weapons and abilities, that make them distinct.

They are indispensable party members, bringing unique elements to the table; each one is suited to different tasks, excels in different situations and allows different approaches to winning.

Arguably, the best way to command a party might be to seek synergies amongst your adventurers while considering their strengths and weaknesses.

One individual in a party also acts as the leader, who bolsters all of them with special abilities and can thwart your opponents’ plans.

Because of this, a smaller number of models under your command allows you to know them better and guide them more efficiently, mimicking an actual skirmish or adventure scenario.

Commanders might discover different strategies and tactics or rely on their instincts. And with true resolve, the victory could be in your hands.

When players agree to a game, they decide on a Quest they intend to undertake. First, each player assembles their party by recruiting models, individual combatants. They may choose them from a certain faction or select neutral models, available to all factions. (Factions Overview here)

Then, the players perform a so-called Initiative Check: a roll that determines their turn order and their starting position on the field.

After this is completed, players place the models onto the field in the determined turn order, and the game begins.

At the beginning of each turn, each model on the field receives a number of Activation Points,
corresponding to their Stamina.

The Active Player is the player that is currently taking their turn; their models perform their
Active Role. Meanwhile, the models of the opposing player, the Reactive Player, perform their
Reactive Role, reacting against each Activation of the Active player’s models.
If we look at this in detail: The Active player may activate a model by spending one of its
Activation points (each model may be activated according to their Activation Points). That model
may then move and perform an action. However, this may get complicated, if an opposing
-reactive- model sees the activated model during its movement. The reactive model can choose to
react to it by spending one of its own Activation points (e.g. Dodge, Attack etc.). The activated
model must now decide whether to deal with the reacting model and adjust its action (e.g. Dodge,
Attack etc.) or to continue with its original plan.
When the Active player concludes their turn, the roles of players exchange: the former Active
Player becomes the Reactive Player and vice versa.
The game ends either when players complete their 5th round, or are left without alive models,
or complete a certain objective of the Quest at hand. After the game ends, the players calculate
Victory Points, which they received as rewards for completing objectives. The one with more
points becomes the victor.

We use cookies on our website to give you the most relevant experience by remembering your preferences and repeat visits. By clicking “Accept”, you consent to the use of ALL the cookies.
ACCEPT
Manage consent