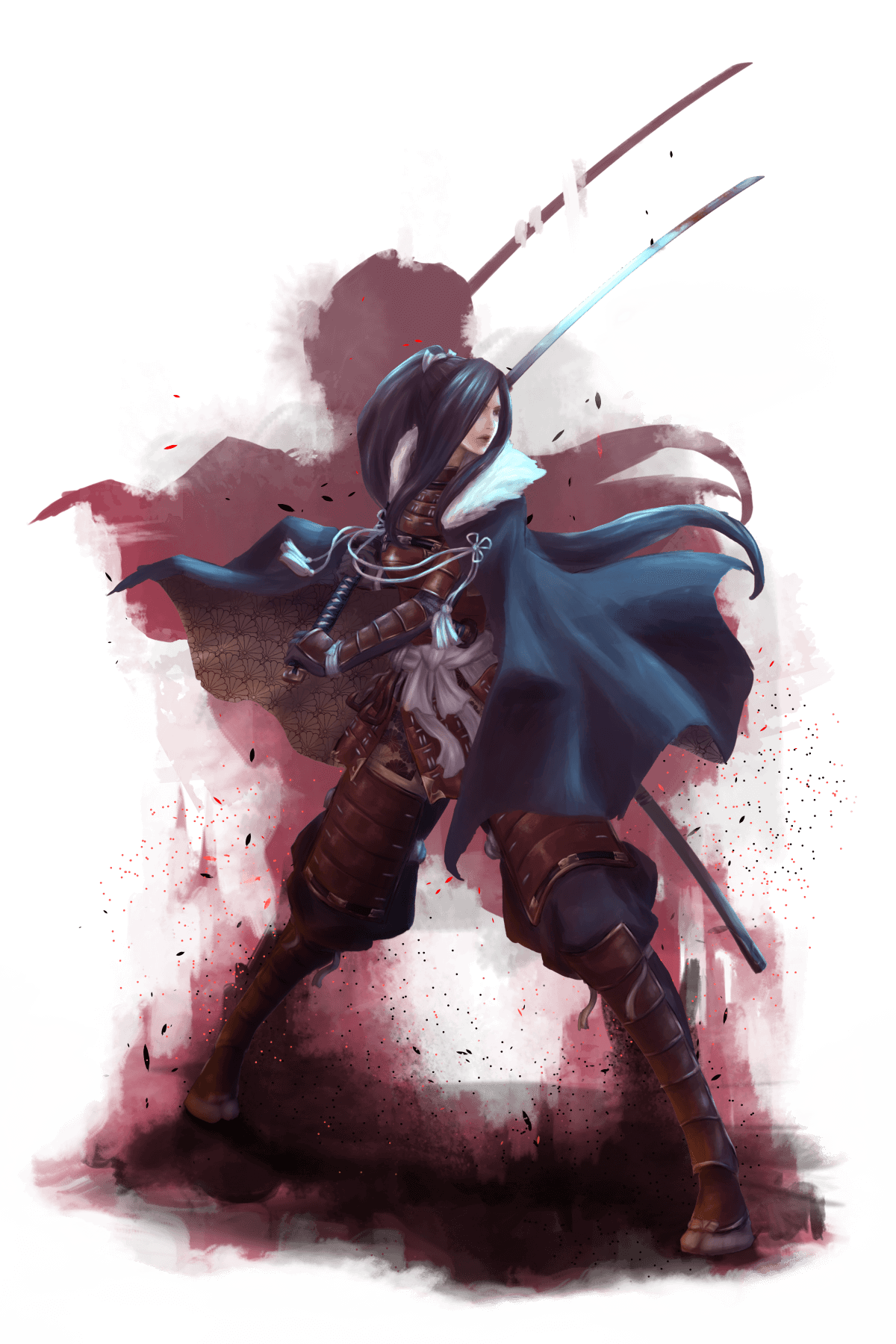 Deep in the northern mountains, well beyond the last fire-lit hut, the setting shifts to boreal ever-winter. As the time of the winter solstice encroaches, dreadful bands of brutish demons known as Oni start to awaken from their spring-induced sleep. Looking to satiate their hunger, they rampage and torment the northernmost imperial settlements, gloating over their preys’ terror.

Every year the locals attempted to fend off the towering brutes, but sustained mounds of casualties. To counter the menace, the northern Kitano clan was entrusted with the frontline, rallying proficient and unrelenting swordmasters, brave warriors engaging this devouring demonic scourge. These fully-armored braves were named Onitaoshi – the Ogre Slayers. Their wielded Ō-tachi greatswords bridge the size gap, giving them a greater chance of taking down all larger enemies.

Empire of Soga Units
All Units
We use cookies on our website to give you the most relevant experience by remembering your preferences and repeat visits. By clicking “Accept”, you consent to the use of ALL the cookies.
ACCEPT
Manage consent

This website uses cookies to improve your experience while you navigate through the website. Out of these, the cookies that are categorized as necessary are stored on your browser as they are essential for the working of basic functionalities of the website. We also use third-party cookies that help us analyze and understand how you use this website. These cookies will be stored in your browser only with your consent. You also have the option to opt-out of these cookies. But opting out of some of these cookies may affect your browsing experience.
Necessary Always Enabled
Necessary cookies are absolutely essential for the website to function properly. This category only includes cookies that ensures basic functionalities and security features of the website. These cookies do not store any personal information.
Non-necessary
Any cookies that may not be particularly necessary for the website to function and is used specifically to collect user personal data via analytics, ads, other embedded contents are termed as non-necessary cookies. It is mandatory to procure user consent prior to running these cookies on your website.
SAVE & ACCEPT