In the game, magic (arcana) is an integral part. We developed it to be intricate and complex in a way that feels almost as though you are dealing with real magic and real spells. This might mean that mastering the playstyle of a spellcaster requires more effort and knowledge from the player. We wanted it to be engaging: it almost puts the player in the role of a real scholar of arcanities (magic). Every element is unique in playstyle and offers different solutions in the game.

In this first part on magic (arcana) let’s talk about the background of arcana, the arcane potential in individuals and elemental relationships. Next time, we will talk about where mana comes from, how it can affect people and nature and how it influences the game and gameplay.

Now I would like to give the word to one of our senior lecturers at the Grand Academy of the Sand Kingdoms!

What Is Arcana, What Are the Elements and Who Has the Ability to Wield Arcana?

“Arcana, commonly known as magic, is the consequence and wieldable manifestation of mana – the omnipresent energy found in nature.

An arcanist is born with an innate attunement to arcana. Thus, arcanists can exhibit a kind of affinity towards a certain arcane element. There are 4 principal elements, pyro, aero, hydro and geo, which, in the common tongue we name fire, air, water and earth. Additionally, there are 3 elements, which have slightly different properties than the first: divine, profane and elder. Each of these elements is unique and behaves differently.

The affinity towards an element can be regarded as talent, which every potential arcanist can develop further with practice. Some have difficulty ever mastering even a single element, while others do this with ease – some have the skill and perseverance to master two if not more. 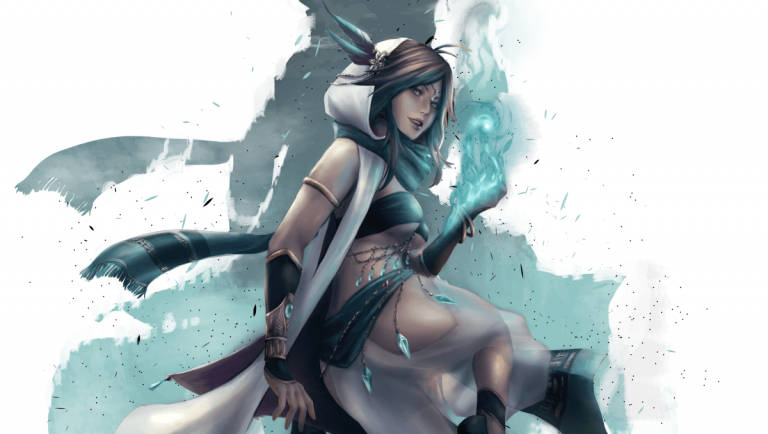 Firstly, we have to understand who can and who cannot wield arcana. The Empire’s Rishinkyō monks believe there is arcane potential in every individual. In other words, they state that everyone can in fact perform magic. This we know holds true for the rin; depending on their birth season and the environment they were born in, they connect with a certain element. They show the ability for spellcraft very early on (although they live about twice the lifespan of a human, so this is relative). However, their abilities vary greatly. While some achieve mastery, some remain at a basic level of arcane usage.

Academically speaking, in the case of humans, this theory is thought to be highly unlikely – the consensus is that humans generally inherit their talent from their parents or it comes without notice (and it is also rare). However, the monks believe otherwise. They describe a way to unlock the so-called seal that supposedly obstructs the flow of mana through one’s body. They believe some are thus lucky enough for this seal to break naturally through the course of maturing, allowing them to spellcast. Others that do not automatically exhibit the talent, can achieve this through intense introspection of the mind- meditation and esoteric training. At the Academy, this theory is determined as speculation at best, due to the lack of proper research and documented results.

As mentioned above, mana is divided into several categories based on the elements, which the Academics found are akin to one another. Simply put, if one is already accustomed to an element, it makes it easier for them to grasp mana of a similar element. This applies mainly to human arcanists. For rin and other races with quickly-matured innate abilities, who show attunement to an element from the very birth, grasping the essence of another element may prove difficult.

The Empire’s Rishinkyō monks have in fact arrived at some additional discoveries regarding elemental relationships.

They believe one element is supposedly related to two elements of connecting principles, while it is foreign to one principally divergent and distant element. The scholars thought of underlying principles that define these relationships. They simplified them to four connecting principles: swiftness, adaptability, resoluteness, and ferocity.

According to the diagram, fire is characterized as fierce and swift. Air is swift and adaptable, water adaptable and resolute and Earth is resolute and fierce. While three elements connect, one is always in far opposition.

At the center is the elder element, thought to be the very essence of the world and an underlying basis for every other element.

The divine and profane element can be interpreted as otherworldy; present in the world without an exact source of origin. While they are exact opposites, they are as well most similar to one another. They are balance itself, existing across all dimensions and realities.

Join us next time for more background and thoughts on gameplay mechanics regarding magic!

Sign up for the Newsletter!
We use cookies on our website to give you the most relevant experience by remembering your preferences and repeat visits. By clicking “Accept All”, you consent to the use of ALL the cookies. However, you may visit "Cookie Settings" to provide a controlled consent.
Cookie SettingsAccept All
Manage consent